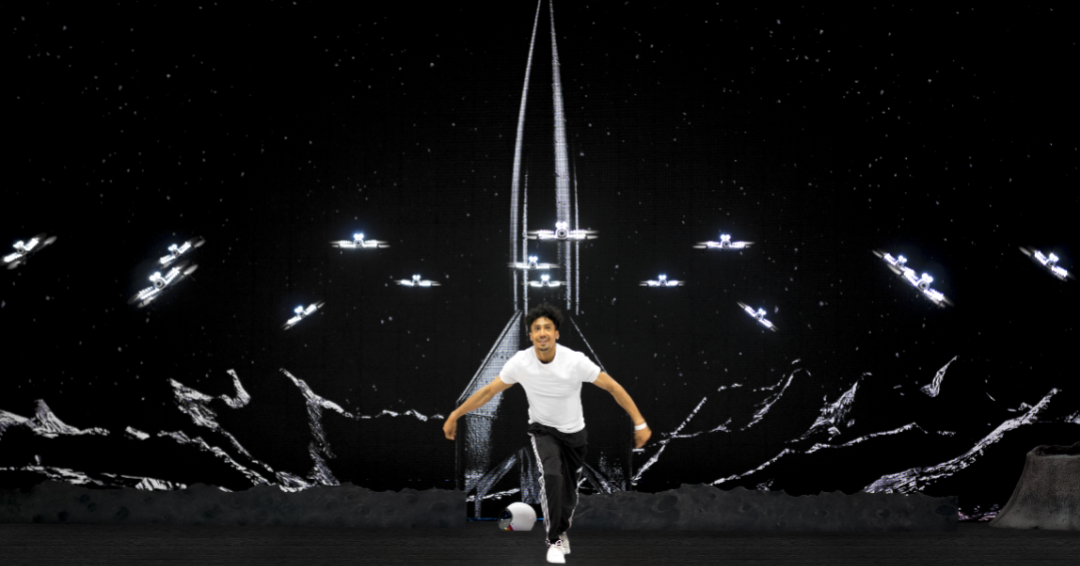 Dronisos, the French drone show specialist and European leader in drone entertainment, sets a new record for drone shows as the tourism and entertainment industries witnessed a surge post-Covid.

‍The pioneering startup that enjoyed one of its busiest summers to date, is set to resume operations in the UK with the opening of a permanent presence.

Dronisos, the French drone entertainment company headquartered in Bordeaux, enjoyed one of its busiest seasons this summer setting a new record along the way. The company performed 10 drone shows over a single weekend at 6 different locations (including 2 theme parks) in 3 countries. The steady recovery in the tourism and entertainment industries after a two-year Covid lull has contributed in a large part to the adoption of drone shows as the preferred choice of outdoor entertainment. The environmentally friendly drone shows can be viewed from up to 1 km away, encouraging social distancing still mandated in many countries.

Dronisos which performed some of the UK’s first-ever drone shows announces its intention to resume operations in the country this year. Dronisos has said it will establish a permanent presence in the UK to cater to the growing demand for drone shows.

Dronisos shares a special bond with the UK as the spark for Dronisos was lit during a performance on Britain’s Got Talent in 2016 (video here). The team called the Flying Bebop back then made it to the competition's semi-finals. The Flying Bebop team eventually evolved into the company Dronisos that we know today.

With over 50,000 drone flights under its belt in over 25 countries, Dronisos is keen on repositioning itself in the fast-evolving drone entertainment space in the UK. Dronisos is one of the few drone show providers that possess the technology to perform indoors and outdoors. Equipped with an in-house innovation lab and a team of world-renowned artists and choreographers, the company produces some of the most spectacular drone displays around the world.

“We can’t wait to bring our magic to the UK! We’re looking forward to creating more British stories in the sky.” - says Fabrice N’KOM, Head of Sales for the company.

Dronisos, currently operating daily drone shows at Disneyland Paris, Dollywood and Puy du Fou amongst other theme parks, is at the IAAPA Expo Europe in London this week (stand 4020) to evaluate potential partnerships and collaborations with event organisers and theme parks in the country.

Dronisos is the official technology provider to Disneyland Paris where it debuted a nightly show earlier this year in celebration of 30 years of Disneyland Paris. The nightly drone show is part of Disney D-Light, a magical sequence that accompanies the Disney Illuminations every night. It was recently announced that the show, initially planned for a limited period, has been extended owing to the excellent public reception and interest in the use of drones. The Disney D-Light show featuring Dronisos drones is now a daily fixture at Disneyland Paris.

Dronisos video gallery can be found on the following link:

Dronisos is a drone entertainment company specialising in the creation of indoor and outdoor shows using autonomous drones. With its headquarters in Bordeaux, France, Dronisos has regional offices in Orlando, USA, Bangalore, India and Dubai, UAE. Since its inception in 2016, Dronisos has performed over 50,000 drone flights in over 25 countries around the world.

The company provides drone entertainment at major events and theme parks around the world. Currently operating daily drone shows at theme parks in France and the USA, Dronisos installations can also be found in museums, circuses, musicals and cruise ships worldwide.

The shows that bring man and machine together creating a new form of cultural expression, have made Dronisos the European leader in drone entertainment.

Dronisos shows are created using drones manufactured by the French drone company Parrot. Their shows are popular at major international events and theme parks around the world. 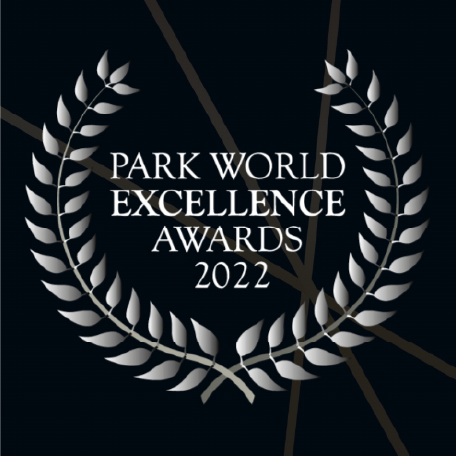 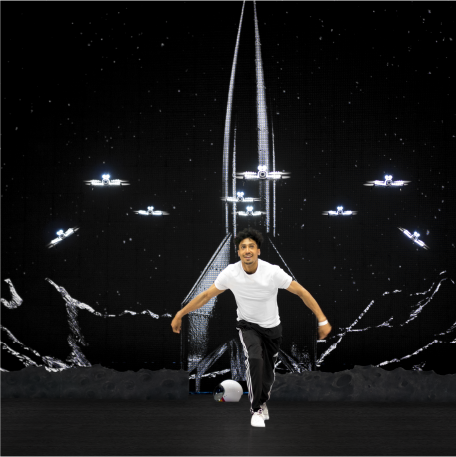 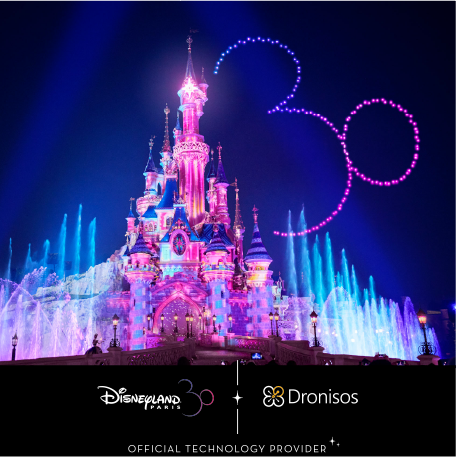 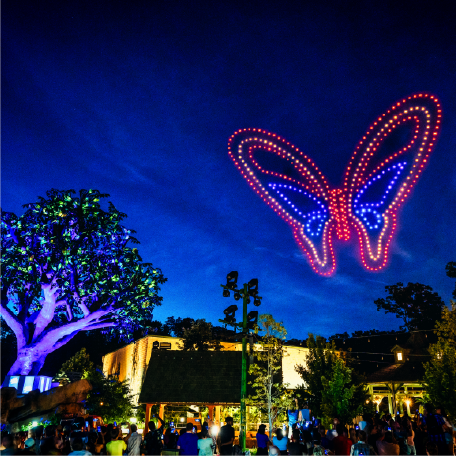 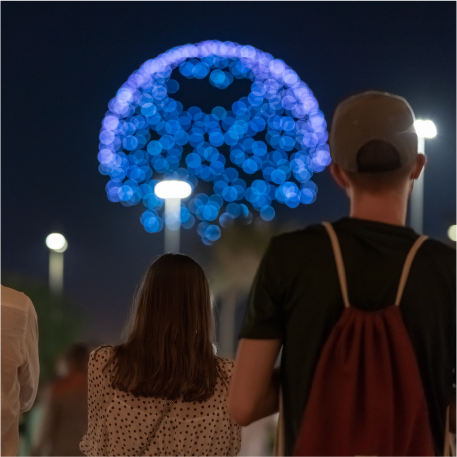 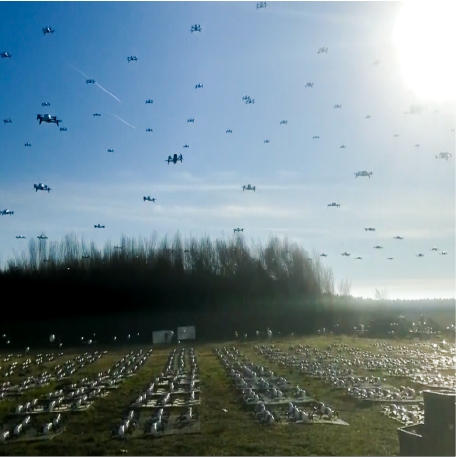 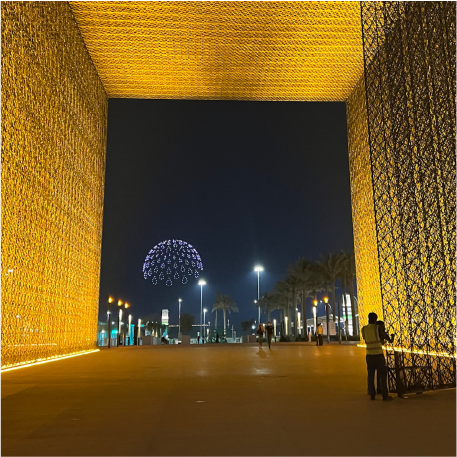 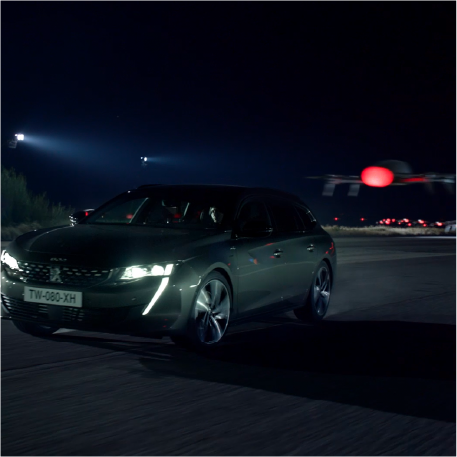 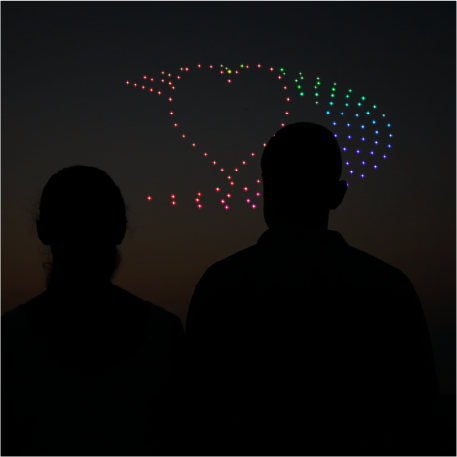